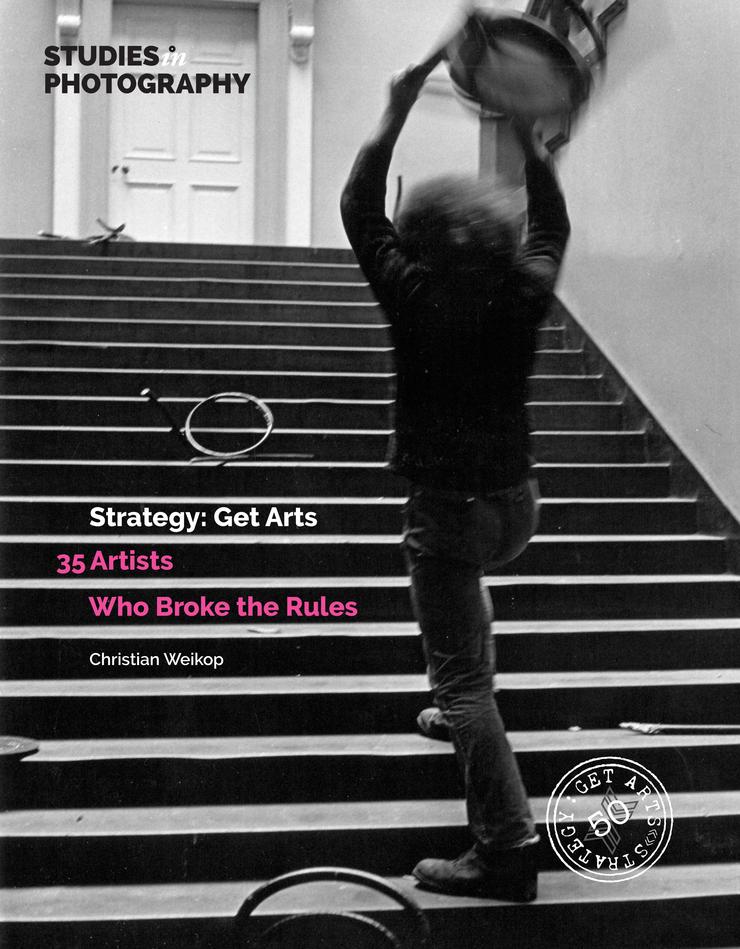 Studies in Photography – Strategy: Get Arts. 35 Artists Who Broke The Rules

Studies in Photography’s first book publication is also the first publication to consider in detail the formation and impact of the landmark exhibition Strategy: Get Arts (SGA), staged at Edinburgh College of Art (ECA) as part of the Edinburgh Festival in 1970.

During SGA, the work of 35 post-war artists, based in the dynamic ‘Kunststadt’ (art city) of Düsseldorf, several of them now canonical figures, including Joseph Beuys, Gerhard Richter, Blinky Palermo, and Günther Uecker, transformed the college into a ‘total work of art’ experience. At the invitation of Richard Demarco, instigator of SGA and Director of the Edinburgh Festival’s visual arts programme, the ‘Düsseldorfer Szene’ arrived in person, effectively staging a provocative takeover of ECA that grabbed the attention of the British press.

Written and edited by Christian Weikop, and featuring guest contributions by other academics and curators, the publication will include photographs by Monika Baumgartl, George Oliver, and Richard Demarco, many never published before.

‘an invaluable work of reconstruction […] a unique event in Scotland’s exhibition history, vividly documented by Weikop and illustrated with evocative photographs by [George] Oliver and others […] Demarco’s voluminous archive acts as the basis for Weikop’s prodigious research’. –  Richard Calvocoressi, ‘A landmark exhibition held at Edinburgh College of Art in 1970 is given overdue scholarly attention’ The Burlington Magazine (Dec 2021)

‘Christian Weikop’s forensically researched new book does much to reclaim SGA’s seismic impact. This is realised through a series of essays that chart the before, during and after of the exhibition […] Through its words and images, Strategy: Get Arts – 35 Artists Who Broke the Rules marks a moment when Edinburgh fleetingly opened itself up to the world beyond. Half a century on, the force of nature it hosted resonates still. – Neil Cooper, ‘Germany Calling!’ Scottish Art News (Oct 2021)