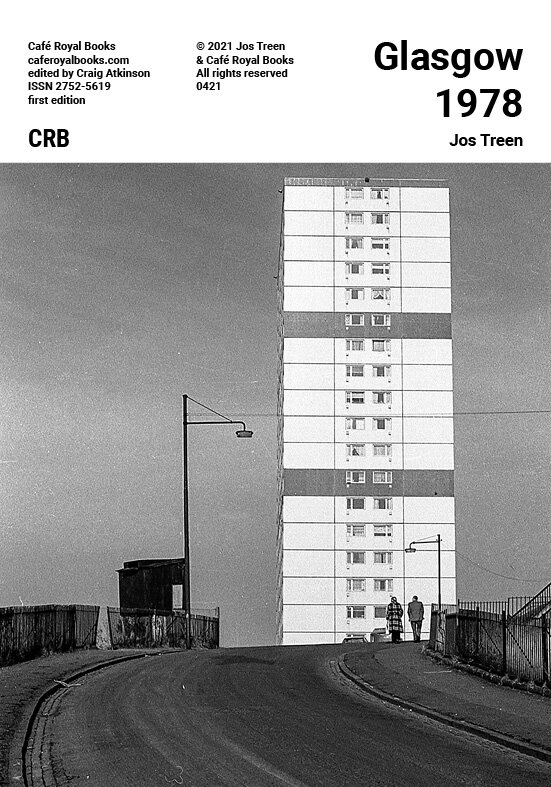 A new title by Jos Treen is available now.

‘I was that kid in the early 1960’s who always took charge of the family camera. What seemed like a revolutionary move at that time persuaded my mother that the camera could take colour film.  I would race round to the local chemist by bike and race back a week or so later to pick up the pictures. Things went on that way right though my teens. Turning twenty my interest in photography was growing and for my 21st birthday I was given an SLR. I owe a huge dept of gratitude to the Hillhead Library, Byres Road in the West End of Glasgow. It was there, reading photobooks and photo magazines I received my photography education. Then one day I opened a photobook that contained some of the work by Henri Cartier Bresson. That was it – I was hooked, had to try and do something like this. In late 1977 my job came to an end, so I decided to spend the next year walking the streets with the camera.

I took my SLR with its standard kit lens and as much TRI-X as I could afford and started taking pictures. My darkroom was one of those that only got dark at night and the water for developing and printing went from cold to freezing…. At the time these things didn’t seem to matter.

I went out to record the lives and the environment of the people I lived with in Glasgow. I shopped at the same shops, signed on at the same Job Centre, visited the same pubs. I didn’t go out to specifically record the appalling housing and poverty that was a backdrop to their resilience and humour. I always tried to show people in the context of their environment or buildings and situations which were unique to Glasgow.

I discovered something about myself about 20 years ago, that explained all my issues with reading and writing – I’m dyslexic. A lot of photographers are. I suddenly realised why I felt naturally drawn to a camera. It was my way of framing and telling a story. Looking through a viewfinder made perfect sense. No letters jumping around just pure composition.

A small number of the Glasgow pictures where shown at Strathclyde University Library in October 1978.

In 1979 had a crisis of confidence, lack of money, needed a job so went back to chemistry. Spent the next 37 years in the Chemical industry……. Keeping up an interest in photography whenever I could.

On retirement tried a few things but never felt if it was right for me. Then in mid-2019 I found the negatives from Glasgow and Stromness in my loft, untouched for 40 years! Looking through the negatives, scanning and seeing them again brought it all back. Its fantastic that Document Scotland are considering showing some of these images

I knew what I had to next. Get back out on the streets with a camera. 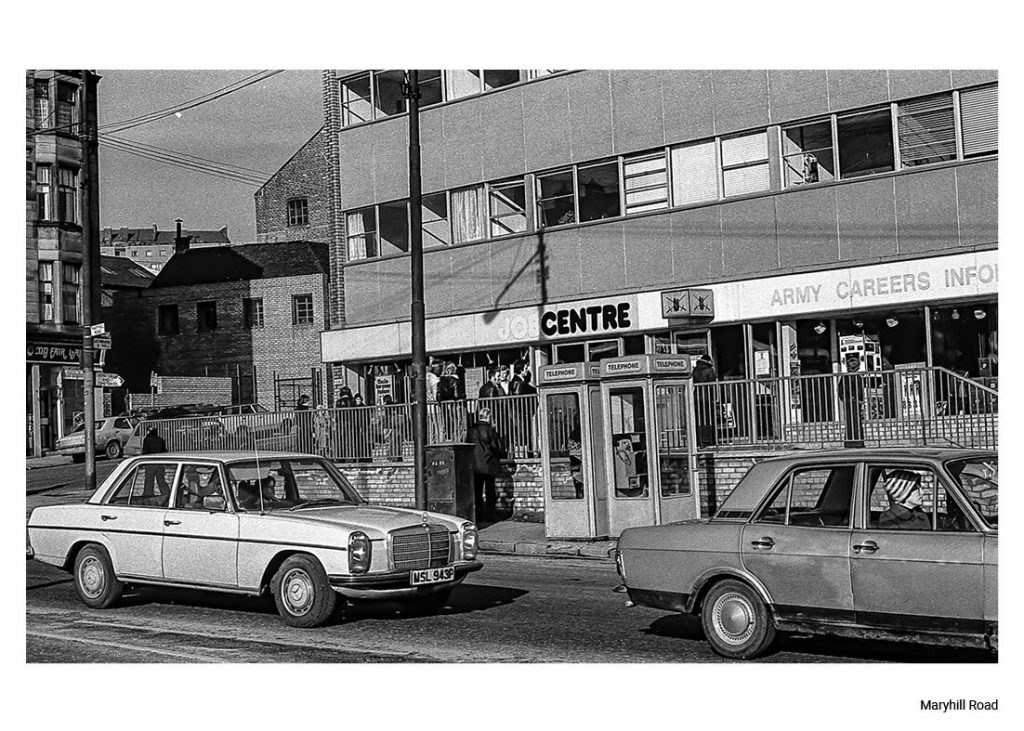